Mercury’s core focus is investing in established businesses with market leading positions. Mercury seeks to add value through developing and executing a strategic plan to generate growth. Mercury’s approach is to work closely in partnership with existing owners and managers to enable a business to realise its full growth potential.

The Fund will focus on mid-market private equity transactions in Australia and New Zealand, and therefore anticipates making six to eight investments, with a focus on businesses with enterprise valuations of between A$100m and A$250m.

Mercury Capital’s strength is their knowledge. The Investment Manager and Board has significant experience from a number of highly successful private equity investments in Australia, New Zealand and the US. The teams’ diverse expertise also includes successfully starting, growing and selling significant businesses and from operating at senior board and management positions in companies throughout Australia and New Zealand.

Based in Sydney, Squiz is Australia’s largest Content Management System (xCMS) and Enterprise Search business with ~439 employees and operations across Australia, New Zealand, UK, Poland and US. Squiz has established a market leading position in Australia in the highly attractive niches of government and higher education. Additionally, Squiz has developed a strong and successful presence in the UK, securing marquee customers in its core niches. Mercury believes a significant opportunity exists to grow the business in the US market. Squiz has enjoyed significant recent success securing customer contracts in key cities across the US. This is despite a very small on-the- ground salesforce.

MessageMedia. During November 2019, Mercury Capital Fund 3 signed an agreement to acquire a minority shareholding in Message4U Pty Ltd (“MessageMedia”). Based in Melbourne, MessageMedia is Australasia’s largest business-to-person messaging business with international operations in the United States and the United Kingdom.

MessageMedia was founded in 2000 Grant Rule, and was originally known as Message4U, before rebranding in 2004. Following Mercury Capital’s initial investment into MessageMedia via Mercury Capital Fund 2 in August 2018, the business transformed from a primarily Australian and New Zealand SMS provider to the leading global Server Message Block (SMB) Customer Engagement platform.

Mercury Capital Fund 3 subsequently invested in MessageMedia across two tranches (November 2019 and January 2020), along with an additional follow-on investment by Mercury Fund 2. These investments further supported the business’s transformation in rebuilding the management team, consolidating the platform and the successful add-on investment of US-based messaging platform SimpleTexting.

MessageMedia is the largest provider of SMS-based marketing and communications in Australia and New Zealand, employing more than 350 people and is estimated to send 420 million messages a month across 200 plus countries on behalf of over 60,000 clients.

This exit marked an excellent investment for Mercury Capital and at the time of announcement marked one of the largest ever deals for an Australian technology company. Once completed, the sale will deliver Mercury Capital Fund 3 investors, including VPEG3 with a strong return on investment across a 1.6 year investment period. VPEG3’s share of the net sale proceeds of MessageMedia will be distributed to all VPEG3 investors once the sale is completed during the second half of 2021.

TEG. On 2 March 2020,  Mercury Capital Partners Fund 3 was pleased to announce the third investment for the fund by acquiring a minority shareholding alongside global Private Equity firm Silver Lake into TEG, the market leading live entertainment business in Australia and New Zealand. TEG’s primary operating businesses are market leaders in their respective categories and include the event ticketing business Ticketek and event promoters TEG Dainty and TEG Live.

TEG holds ~70% market share in ticketing for large concerts and top tier sports events (primarily via its core ticketing brand, Ticketek) and is #2 in event promotion (via its promotion brands TEG Dainty and TEG Live) with a focus on tier 1 concerts. TEG employs ~500 staff across its operations in Australia, New Zealand, South East Asia and the United Kingdom.

Bauer operates 4 offices across Australia with a total FTE base of 662 which includes 267 editorial and 163 advertising permanent staff.

ResourceCo. On December 2, Mercury Capital Fund 3 announced the investment into ResourceCo, Australia’s largest private waste to energy and tyre recycling business, with over 750 staff across 18 sites in Australia (Adelaide, Brisbane, Melbourne, Perth and Sydney) and Malaysia.

ResourceCo is a scale business with a 30-year track record of growth. It is the clear Australian leader in waste-to-energy, clear market leader in tyre recycling and recovery and has well-established and highly profitable businesses across construction and soil recycling and remediation.

Mercury Capital Fund 3 will invest in Green Options in partnership with the founder, Tony Herman. Green Options is based in Sydney with more than 370 employees across New South Wales, Queensland, Victoria, South Australia, ACT and Western Australia.

Green Options is a platform investment, enabling Mercury 3 to roll up a number of additional bolt-on acquisitions to ultimately create the market leading and only national commercial landscape maintenance business in Australia.

Mercury have already commenced discussions on a number of bolt-on opportunities and has also identified a range of organic growth initiatives for Green Options to leverage its market leading capability in the specialised landscape maintenance service.

E&P was founded in 2016 via the merger of Evans & Partners and Dixon Advisory. In 2018 the business was floated on the ASX and soon after completed the transformational acquisition of corporate advisory business Fort Street Advisers.

E&P operates in a market with strong tailwinds, particularly in wealth management, with an ageing population, underlying net wealth growth in Australia, compulsory superannuation, and low interest rates resulting in retirees’ search for yield through advice.

Architectus. On 13 October 2021, Mercury Capital Fund 3 completed the investment in Architectus, a market leader in the Australian commercial architecture market.

Mercury Capital was attracted to Architectus as it is one of five ‘Tier 1’ domestic industry leaders in Australia in a large domestic market, differentiating itself based on service quality and collaboration. The company presents a large and loyal blue-chip client base that provides a repeatable source of work and a proven delivery model that is consistently profitable.

Re.Group. On 6 April 2022, Mercury Capital Fund 3 announced the acquisition of Re.Group Pty Ltd, an Australian owned recycling company that provides high quality solutions for recycling and the recovery of resources.

Mercury’s investment facilitated the bolt on acquisition and merger of Polytrade within the Re.Group. Polytrade, is a recycling sorting and processing business that was founded in 1995. The combined business is headquartered in Sydney with 500+ staff, 19 operating sites and 94 collection points across major cities and regional centres in Australia.

The merged Polytrade and Re.Group will subsequently comprise of three divisions: 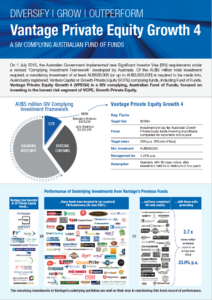 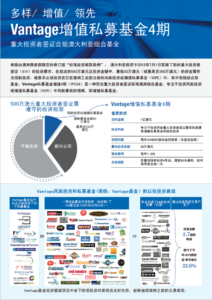 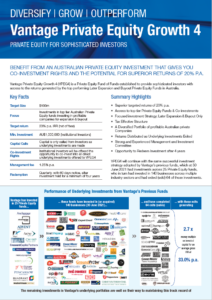 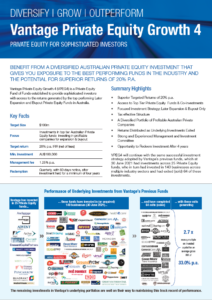